Which Countries’ Citizens Enjoy the Best Retirement? (Guess Where the U.S. Ranks?)

So, which country’s citizens enjoy the best retirement? 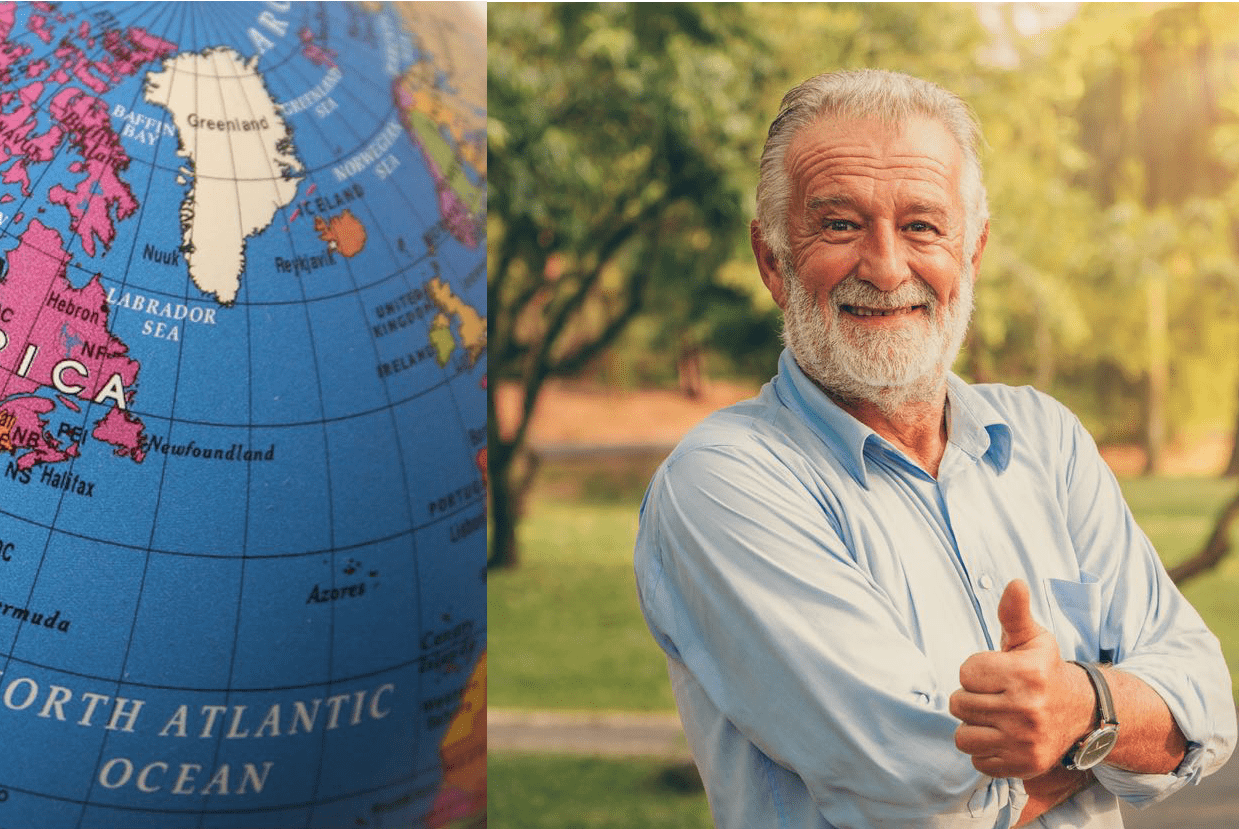 According to the Global Retirement Index Report from Natixis Global Asset Management, the citizens from these 10 nations rank highest:

The United States has been holding steady in the last few years as the 17th best place to be retired (out of 43 ranked countries).

You have seen the headlines about a retirement crisis in the United States. Most households have not saved nearly enough.

However, retirement security is a worldwide challenge. If you are worried about your own retirement, know that you are not alone. The entire world population shares your woe.

Why? Natixis cites three trends that put tremendous pressure on the financial and medical systems in most countries around the globe.

Low rates have perhaps been good for borrowing which may be a driver of record high stock prices.

However, the persistently low rates have been problematic for many retirees who want more predictable income and growth than the volatile stock market can provide. (See low risk high-return investments.)

According to Natixis, for every 25-basis-point cut in rates, there is a $25 cut in income earned on $10,000 in savings. And, it has been challenging for investors to safely replace that income shortfall.

Pensions are especially at risk since their portfolio managers may pursue riskier assets to ensure they can meet future payments promised to the pension holders. (If you have a pension, don’t forget to talk with your administrator about the future viability of your payments.)

And, it is important to note that federal pensions like Social Security are impacted negatively by low rates which are a contributing factor to the system being slated to run out of money within the next 7–15 years. (Learn more about when Social Security might run out.)

If you are younger, you might want to plan on a later start date for Social Security benefits. And, everyone needs to consider balancing the risks and rewards of being invested in the stock markets vs. the low returns that fixed-income investments currently offer. (A bucket strategy can be a good solution.)

Between 1960 and 2015, the world population increased from 3 billion to 7 billion people in just 55 years. However, the population is not only growing larger, it is also growing older. In 2018, for the first time in history, the number of people aged 65 and older outnumbered children under the age of 5.

Increased longevity can be a financial strain to both retired households and retirement pension plans because there are more years to fund. And, greater numbers of retirees mean that fewer people are contributing to the economy and to pension programs — even federally-sponsored plans like Social Security.

A growing retired population that lives longer means that both institutions and individuals need more retirement resources than ever before.

It is more important than ever to create and maintain a comprehensive retirement plan — paying close attention to your own longevity and to your retirement income sources. The NewRetirement Planner can help you.

According to Natixis, “Climate change presents tangible health and financial risks to millions of retirees and challenges policymakers around the world.”

WHO projects that climate change is expected to cause 250,000 additional deaths per year between 2030 and 2050. And, the Environmental Protection Agency reports that just extreme heat has increased risk of illness among older adults, especially those with chronic illness.

Use the NewRetirement Planner to model the possibility of increased costs triggered by climate change. Additionally, consider relocation as part of your future plans.

How Are the Rankings Compiled? Where Are the Best Places to Be Retired in Each Category?

The Natixis survey creates an overall retirement security score that is based on 18 different performance indicators that are grouped into the following 4 categories:

Will they be able to generate the income they need to sustain themselves through retirement? Can they be confident the financial systems supporting their retirement funding will be resilient through short-term disruptions? Do they have access to the healthcare needed to address the physical challenges of aging? What will their quality of life be like during this vulnerable point of life?

These are the big external financial pressures that can impact an individual’s finances. The study says that:”Finances in Retirement is a particularly important index, as it reflects the strength of a country’s financial system and the ability of the government to provide for its citizens in retirement.”

How does the United States rank? The U.S. is holding at number 10 on this measure, ranking behind Singapore, New Zealand, Switzerland, Australia, Chile, South Korea, Canada, Iceland, and Ireland.

This category measures how well retirees can support themselves in retirement and looks at income equality, income per capita, and unemployment.

How does the United States rank? The United States does not even score in the top 25 in this category. The top 10 countries for material well being in retirement include: Iceland, Norway, Czech Republic, Netherlands, Germany, Switzerland, Malta, Denmark, Austria, and South Korea.

These are the factors that the study uses to determine quality of life for retirees: happiness, air quality, water and sanitation, biodiversity and habitat, and environmental factors.

The study notes that “The higher a country’s health expenditure per person, the higher its life expectancy is expected to be.”

How does the United States rank? While the United States ranks relatively highly in the health category at 10th overall, we are a bit of an anomaly in that our life expectancy does not move in line with how much we spend on healthcare per person. The U.S. finishes first for the health expenditure per capita (we spend the most on healthcare) but only 30th for life expectancy.

Can a U.S. Citizen Retire to One of the Top 5 Countries?

Here is the run down of what it takes to retire to one of the top 5 best places to be retired.

Retiring to Iceland would be a wintry, expensive, and difficult proposition for a U.S. citizen. It is one of the most expensive countries in the world.

EEA/EFTA citizens have a relatively easy time, but Americans will face a lot of bureaucracy and, as part of the application process, you have to prove that you can support yourself while in Iceland. As of 2019, if you don’t have an employment contract, you must have at least 189.875 ISK (about $1500) per month in your bank account. Learn more about how to move to Iceland.

Unfortunately, affordability is not one of those reasons.

Retiring to Norway, if it were possible, would be a huge shock — the long winter and endless darkness might make you rethink the plan. In fact, many Norwegians actually spend their retirement in Spain or Portugal where the cost of living is lower (and the elements are more forgiving).

According to LifeinNorway.net, “Unlike some European countries, there is no specific retirement permit available. To live in Norway without working, you must either already have permanent residence, or have enough money to sustain yourself.”

Ireland holds a special place in the heart of many Americans. And, with rolling green hills, a temperate climate, tremendous natural beauty, and friendly, outgoing people, it could be a retirement delight.

First the good news: U.S. citizens can become an Irish citizen if you, your parents, or grandparents were born there.

The bad news? Everyone else must be able to prove that they won’t be a burden to the state and prove at least $55,000 in annual income. You won’t be allowed to work, must renew your permission every year and other recently updated rules actually make it quite difficult for a U.S. citizen to retire to Ireland.

With its natural beauty and boundless outdoor activities, wouldn’t almost everyone want to retire to New Zealand?

Outdoor lovers would certainly love it, but you’ll have to be a relatively wealthy outdoor lover to qualify. Retirement in New Zealand will be pricey.

Can You Make Your Own Home Be One of the Best Places to Be Retired?

There is no place like home… and that can be true for retirement despite what this study might say.

The trick is to have adequate savings and financial resources and — if you haven’t saved enough — then be willing to make trade offs like working longer, downsizing, cutting expenses, and getting creative in order to achieve financial security.

The NewRetirement retirement planner is the ideal tool for figuring out how to make retirement work for you (at home or abroad). This detailed system gives you almost complete control over all the factors that can contribute to your financial well being.

Start by entering basic information and get some initial feedback on where you stand. Then, add more detail and more accurately estimate for how much you need. Best of all, you can try an infinite number of scenarios and find a way to be retired on your own terms.

If you are interested in moving to one of the best places to be retired or elsewhere, you could try putting in the costs for retiring to your desired destination and compare that to retiring at home. For more ideas for where to retire, explore:

The post Which Countries’ Citizens Enjoy the Best Retirement? (Guess Where the U.S. Ranks?) appeared first on NewRetirement.