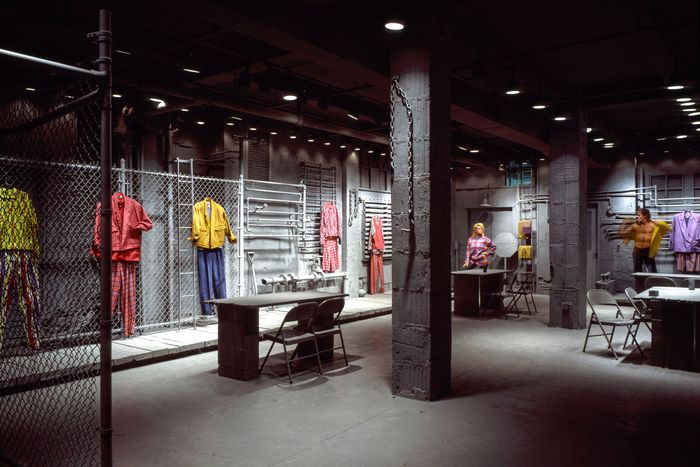 “I don’t design clothes for the Queen; but for the people who wave at her as she goes by,” said fashion designer Willi Smith, who got many of his best ideas from New York City’s street life. His label, WilliWear, was the first streetwear brand, and his clothes, which came out in the late 1970s, were modern, comfortable, and expressive — think oversized blazers and trousers that all body types could wear, chunky knits, and fabrics sourced from all around the world. (One of his most popular pieces was a one-size-fits-all cargo pant with adjustable waistband.) Smith often sold patterns of his designs, too, so that people could make his clothes at home. So, in the early 80s, when he wanted to open his own showroom, he told James Wines, founder of the architecture and environmental arts studio SITE, to make it “as far from Ralph Lauren as possible.” Smith took Wines to his favorite haunts on the west side — the Christopher St. pier and nightclubs nearby — and while they walked around the area, he pointed out all the materials and textures that he liked. Wines thought: Let’s do the street. 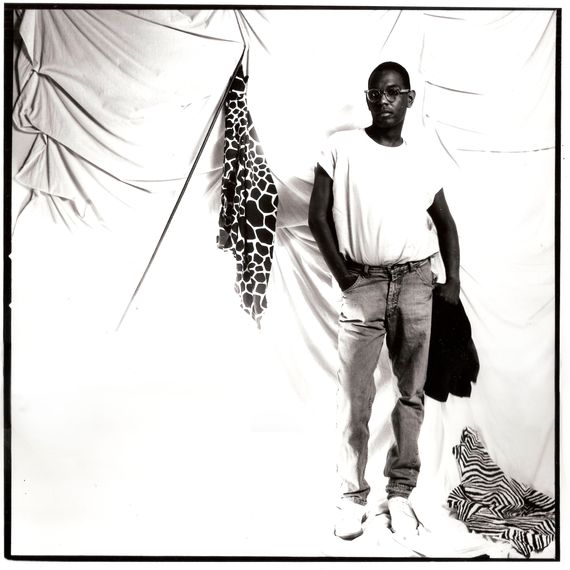 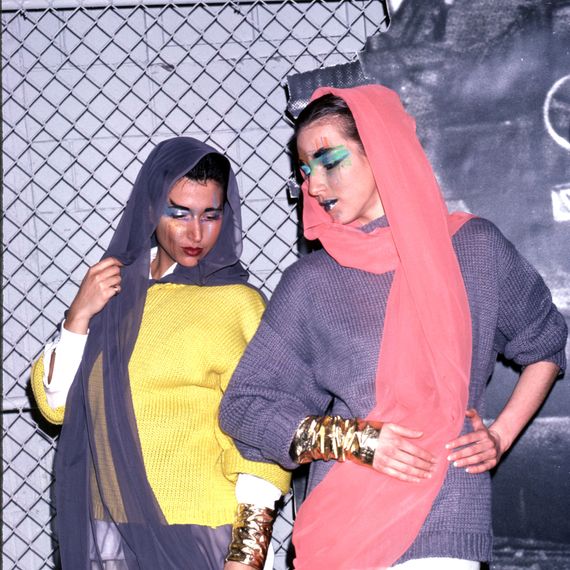 Under the cover of night, Wines drove his Ford Explorer around the same areas Smith took him to — which was undergoing redevelopment and a highway removal at a fierce pace — and scooped up all the detritus he could find: rolls of chain link fencing, bricks, metal siding, shipping pallets, and even cleats from the piers. The entirety of Smith’s office — which featured an enormous desk that looked like two unfinished brick walls topped with glass — came from a single construction site. Every now and then they’d hit the jackpot: A toppled fire hydrant or fallen street light. “We were very careful not to affect public safety, but it really was like a game,” says Wines, whose work is about abandoning architectural convention. “I love that idea of the junk world, because you can make something out of the junk world.”

Setting foot inside Smith’s womens’ showroom, which opened on West 38th street in 1982, was like stepping onto a gritty downtown industrial street, painted entirely dark gray. The “Ghost Cityscape” was as much of an art experience as it was a place to buy clothes, as Smith intended, and paved the way for concept shops like Dover Street Market and Opening Ceremony. The stores belonged in the same universe that the clothes were designed for. He hung garments right on the chain link fences and posed mannequins sitting down on concrete blocks, like a person might on the street. When Smith held fashion shows in the showrooms, the models climbed over fences, hung on pipes, and sat on fire hydrants. “It was utter genius to have conceived of, for the first major African American fashion designer’s boutique, an environmental framework that not only spoke to the designer’s creative vision for the apparel, but also defined the man, the politics, and the social conditions of the time,” the architect Jack Travis, writes. “The results were undeniable.”

So when Cooper Hewitt mounted a retrospective of Smith’s daring career in “Willi Smith: Street Couture,” which is open through October 24, there was no question of who would design the exhibition. It had to be SITE. Alexandra Cunningham Cameron, the show’s curator, said, “The SITE and WilliWear collaboration so perfectly represents two complementary value systems colliding to challenge the status quo, both transforming basic materials — a shovel, a skirt, a brick, a blazer — into an act of rebellion, a moment of becoming constructed by style and smarts.” 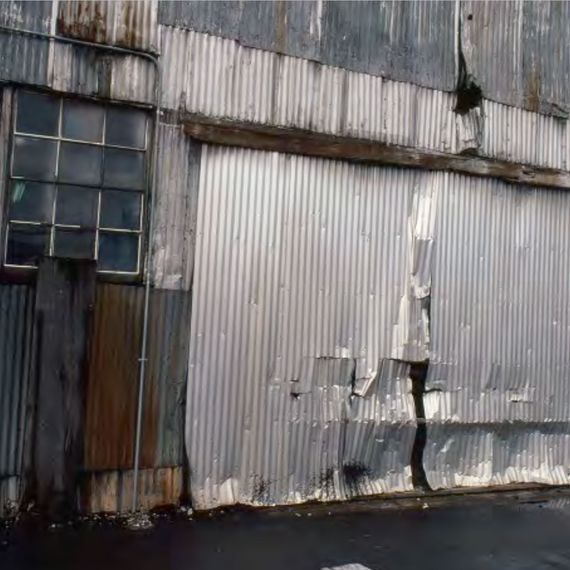 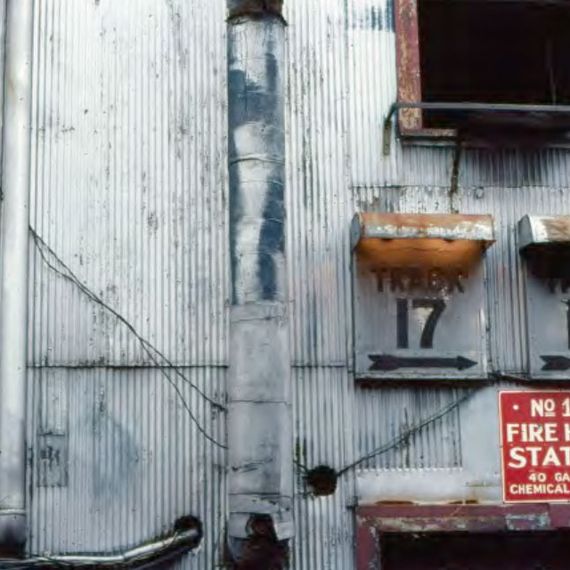 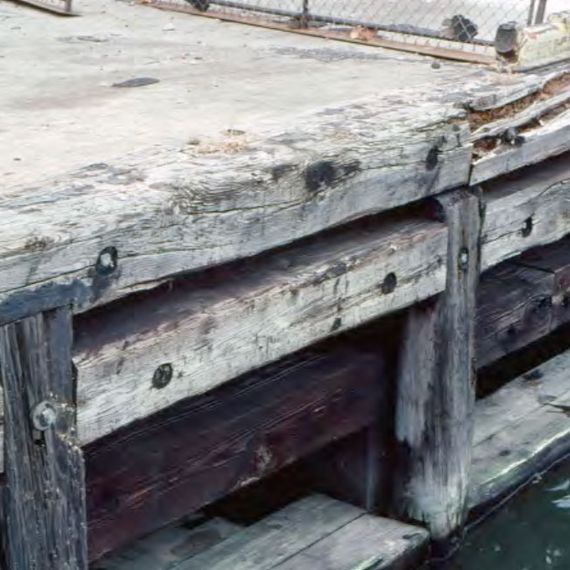 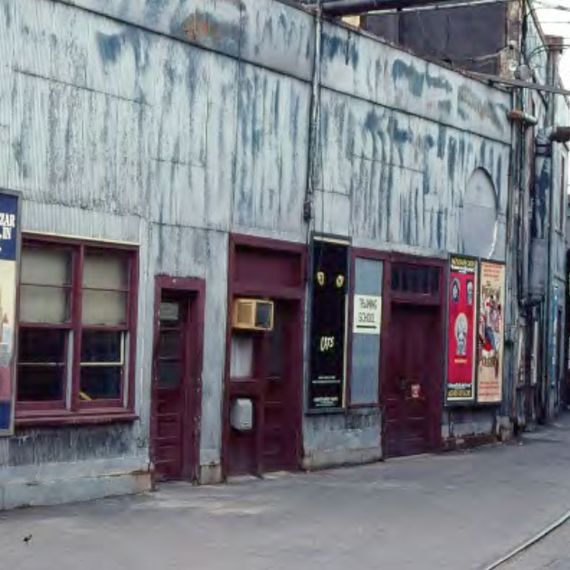 An exhibit on Willi Smith had to include his showroom somehow. But depicting architecture in a gallery setting is always a challenge, since the experience of architecture requires a body in space. Photos, videos, or models of a Smith showroom can only go so far. So Wines, who is now 89, worked with Chermayeff Studio, the production studio Supermatic, and his daughter Suzan Wines, to re-create the most iconic elements of Smith’s showrooms and office — the collage of street artifacts, the masonry desk — in the gallery.

But for Wines, there was also an inherent tension in replicating that concept in the museum. “The whole environmental art movement in Soho in the ’70s and ’80s, which I was a part of, was all predicated on getting out of the galleries,” Wines says. “Our entire philosophy was moving away from all those spotlights and mountings and pedestals and frames. All of us either hit the landscape or hit the streets.” (Some of SITE’s most famous work was turning big-box retail stores into works of art that made the buildings look like they were crumbling or peeling away.) Plus, Cooper Hewitt is a Georgian mansion that was once owned by Andrew Carnegie. A landmarked Upper East Side building is about as far as you could get from Wines’s philosophy, which rejects architectural formalism, and Smith’s downtown aesthetic. Smith’s showrooms and office were in sprawling, raw industrial spaces with cement floors, exposed beams, and large windows. The gallery, on the other hand, has parquet, ornate carved moldings, coffered ceilings, and stained glass. “The idea of exhibition space is a formalization of space,” Wines says. “It became this big problem of … How am I going to keep that spirit? How am I going to honor the artist?”

Part of the allure of the original showroom was that the artifacts all existed out in the city before they were collaged together in a re-creation of a downtown street. “Back in the ’80s, an awful lot of the energy had to do with the roughness and the reality of the whole thing,” Wines says. “We tore off whole fronts of buildings and had the good fortune of finding all these shredded buildings, so we really had pretty much everything we needed to just drag into the showroom and do this freewheeling collage. And Willi loved that, of course, and it was expedient because you can hang clothes everywhere.”

But SITE couldn’t attach anything to the museum’s wood walls, or put any artifacts directly on the floor, so they designed free-standing exhibition platforms. Plus, the objects in the exhibition are all now precious. Ephemera like magazine articles, fashion show invitations, and posters, had to be placed in vitrines to protect them. Wines was especially shocked to learn that the curators couldn’t always hang clothes directly on the exhibition structure, like Smith would have done in his shop. “How could touching pipes possibly hurt a T-shirt?!” Wines remarks. (Some of the T-shirts Smith once sold for $40 now go for $1,400.)

Wines also couldn’t surreptitiously source materials like he once did on midnight drives, since those abandoned buildings and piles of demolished materials don’t exist in the city anymore. But Cat Garcia-Menocal, the construction manager at Supermatic, wrangled materials from construction suppliers to approximate what was in the original showroom. It was all new, of course, not roughed up from years of wear outside. When it came time to re-create Smith’s construction-site desk, the designers scaled it down and used it to display some of his personal items, like his round plastic eyeglasses.

Up until the end, Wines wondered how the exhibition design would turn out. But when he finally was able to visit the show in person (the museum reopened this summer after it had to close for COVID just a week after the exhibition began its run), he was pleased to find that all the Georgian finery had faded into the background, as he had hoped, and he felt as close to being in Smith’s world as you could get in 2021. I felt it, too. Walking from the museum’s wood-lined hallway and turning the corner into the exhibition was exhilarating. It didn’t have the exact sense of reality that Wines described the original showrooms having, but that’s understandable, and there was a sense of awe. “It still looked like Willi Smith, it still had that collage feeling,” Wines says. “We managed to pull it off, so it at least retains the memory of the showroom.”