Blobby NFT Chairs, Reinvented Shaker Design, and Other Things I Liked This Week 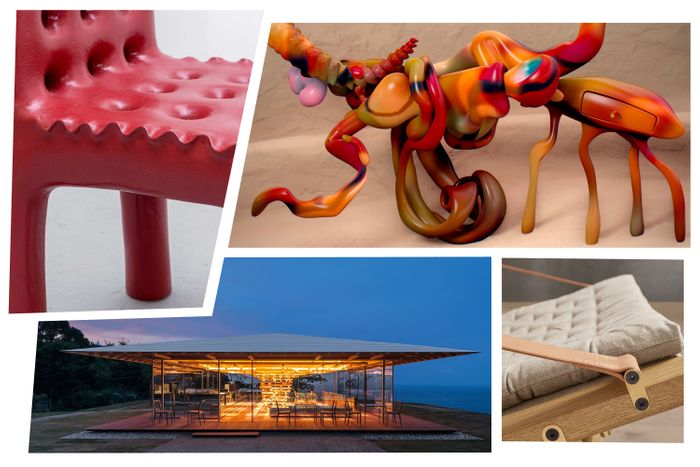 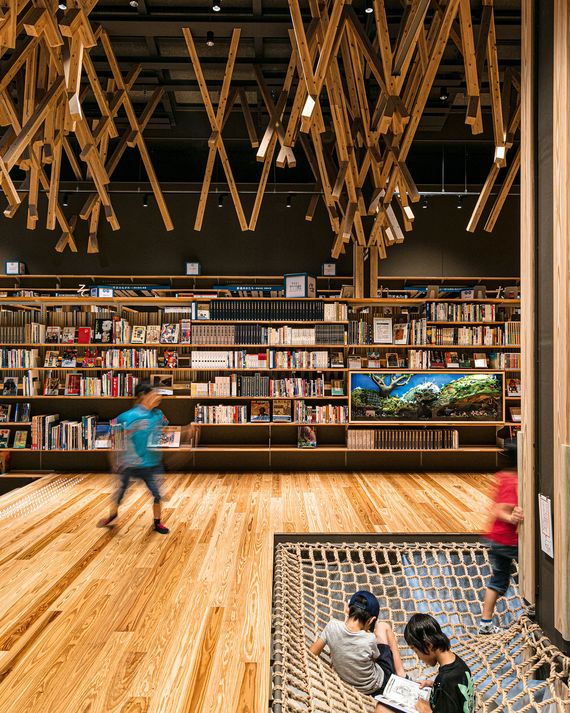 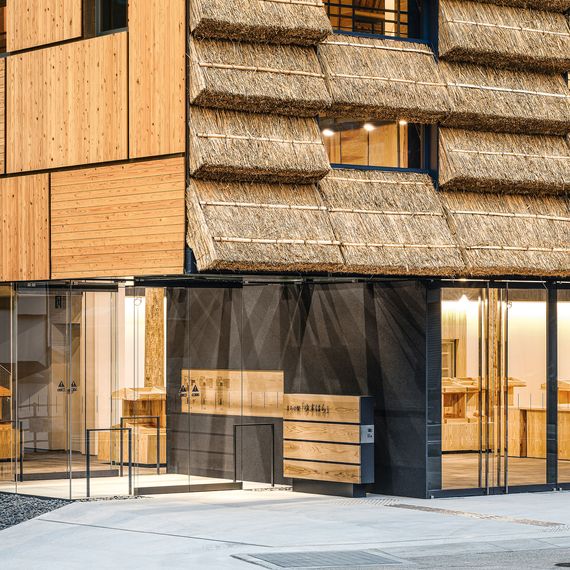 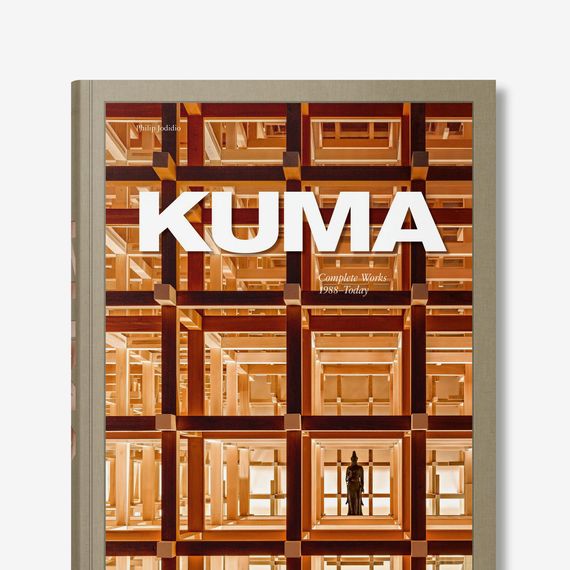 When Kengo Kuma was 10 years old in 1964, his father took him to visit Kenzo Tange’s Yoyogi National Stadium, built for that year’s Olympics. The stadium’s towers suspending a swooping roof high over low-rise Tokyo, Kuma has said, and on that day he decided to become an architect. The experience eventually came full circle — Kuma designed this year’s Olympic Stadium — but unlike Tange’s concrete-and-steel leviathan, Kuma’s is soft-edged, round, and sheathed partially in wood. Kuma is better known for smaller private homes, museums, boutiques, and community buildings, but both on those projects and this 68,000-square-foot stadium, he employs sophisticated structures that are often informed by local building methods. A beautiful new book from Taschen, Kuma: Complete Works 1988–Today, chronicles how Kuma, who is also trained as an engineer, makes architecture that’s unconventionally expressive down to its bones. The Yusuhara Wooden Bridge Museum, for example, riffs on a technique used to build Japanese temples that involves a single column supporting interlocking horizontal wood beams, and a market in the same town has walls of traditional roof thatching.

The Reissued Multiplor Catchall at the MoMA Design Store 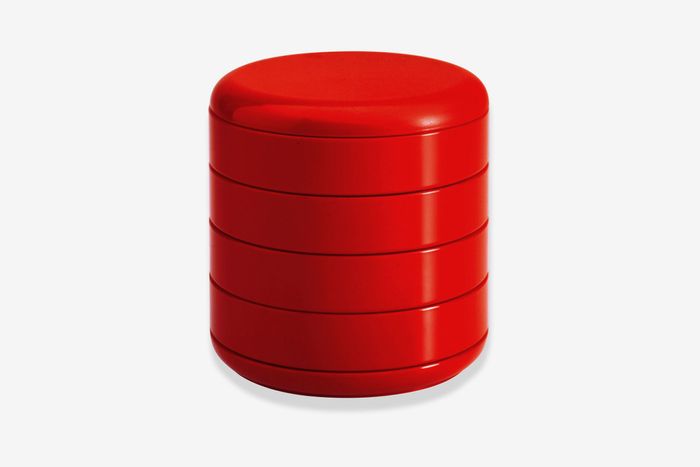 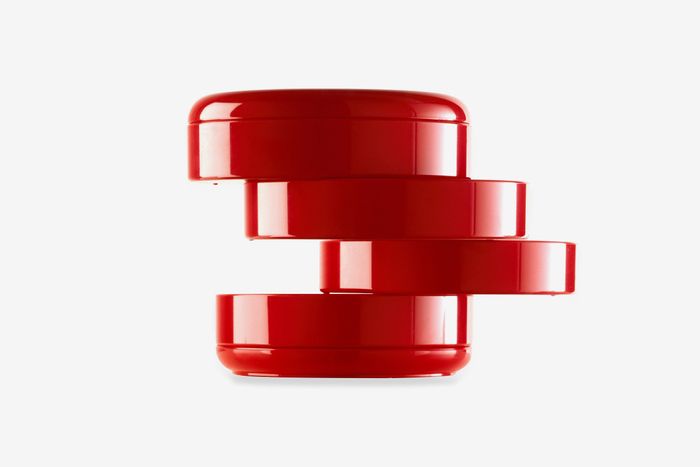 Best paper-clip tray ever? Vintage versions of these swivelling desk organizers usually sell for anywhere between $100 and $200 — sometimes more for the rarer colors — and that’s if you can buy one before someone else does. (I’ve never been able to.) The MoMA Design Store worked with Rexite, the Italian furniture and home-goods company that made them back in the 1970s, on a reissue that’s coming this fall for a cool $50.

The Danish furniture company Carl Hansen & Søn is best known for its mid-century Hans Wegner chairs, but this fall, it released a deep cut from its archive: the circa 1964 Plico lounge chair, which folds flat for storage and comes either with a tall back and a headrest (the FK 10) or with a short back (the FK 11). Its designers, Jørgen Kastholm and Preben Fabricius, had a small furniture-making shop in eastern Denmark and wanted to build something that was super comfortable yet took up as little space as possible when it wasn’t being used. The frame is oak, the tufted cushions are upholstered in canvas, and the leather-strap arm rests have clever little notches in them that let you adjust the angle of the seat back. It won’t be for everyone since it’s so low-slung, but for the yoga-agile, it’s a beauty. 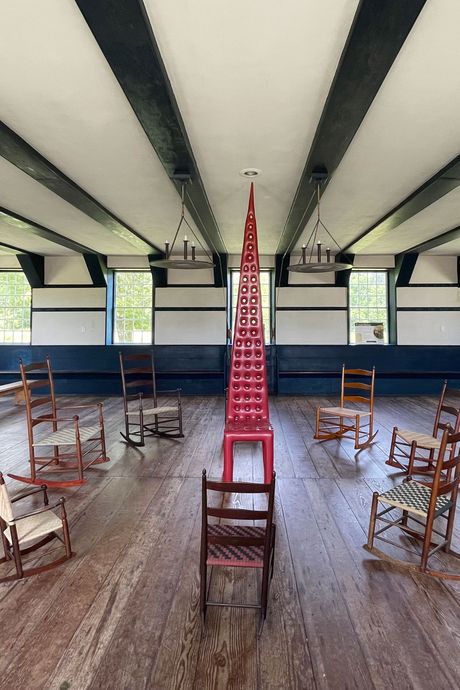 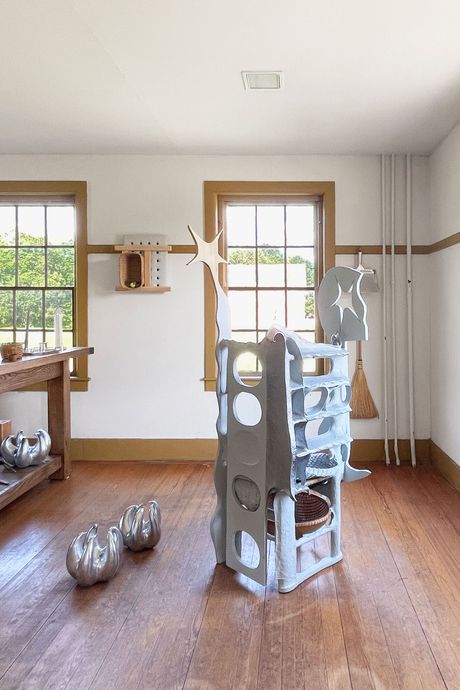 To the Shakers, furniture-making was literally part of their mission to find heaven on earth. Their simple, utilitarian furniture has always had a dedicated following — one that’s driven the prices of original pieces way up — and designers of every generation seem to find some way to reinterpret their principles, keeping the ideas from dying out even as the last few believers do. The Hancock Shaker Village in western Massachusetts has been collaborating with artists and designers like James Turrell, Maya Lin, and Studio Gorm to find ways to reinterpret Shaker objects (and boost tourism in the village). The most recent is Thomas Barger, a designer from rural Illinois who lives and works in Brooklyn and makes functional sculptures — chairs, tables, benches, shelves — often by encasing found items in paper pulp. He took a similar approach to “Heaven Bound,” his show at the Village, working with Shaker chairs and baskets and riffing on religious architecture. (His nine-foot-tall Tall Pulpit Chair, for example, evokes a church steeple.) There’s lots to pore over in Barger’s assemblages, like finding the familiar structure of a ladder back tucked into the sculptural silhouette of his Heaven Bound piece. But the real story is more personal. Barger grew up in a very conservative and religious place. Like the Shakers, he eventually had to leave in order to find his own community and chose design as an outlet for personal expression. Through November 28. 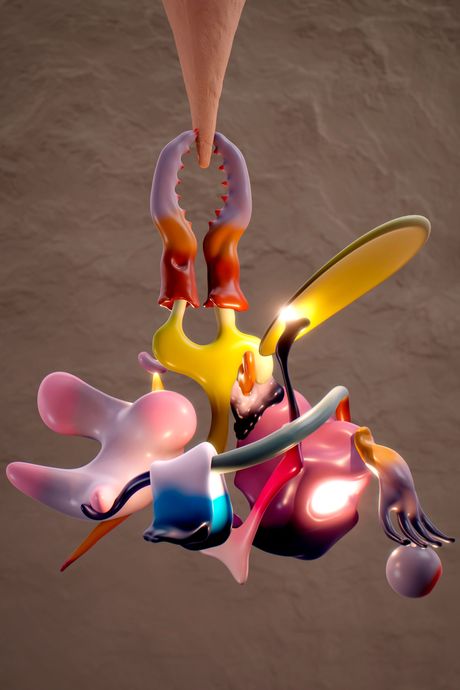 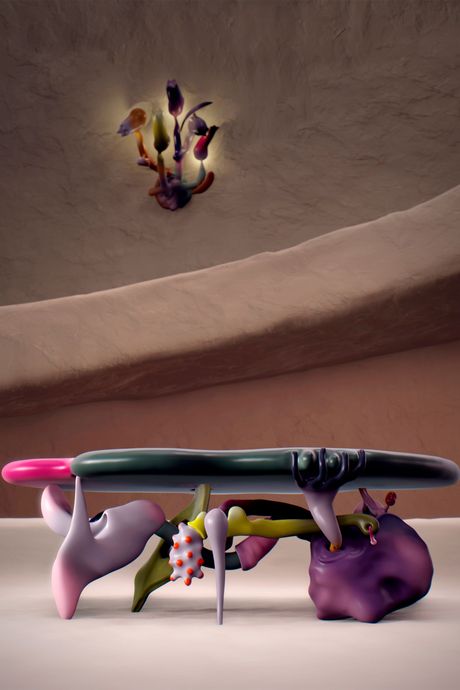 Another day, another newfound tranche of NFTs: The latest is at Christie’s, which is currently auctioning digital work by Misha Kahn, an artist who makes wild, audacious furniture in surreal shapes that are driven by the materials and fabrication methods he uses. (He also happens to have one of the most enviable NYC apartments.) Recently, he’s been using virtual-reality software to design what he describes as “claymation furniture.” The amorphous sofas, chairs, tables, and lamps kind of look like they were formed by squishing together Play-Doh. But now with NFTs, the gesture seems more apt: To design for the virtual world, of course you’d use virtual tools. He’s auctioning these digital works with Christie’s in a series called “Furniture Unhinged.” “I wanted to see how far I could push furniture — and the idea of furniture — and still have people vaguely recognise the gesture of a floor lamp or the idea of a chair,” he said in a Q&A with the auction house. But there’s also some rationale in selling design as an NFT. “My biggest guilt in making objects is the globalized supply chain and heavy shipping ecosystem,” he said. “It could live just as happily in a digital space, but if you did want to produce it, it could lend to a localized way of doing things … Hypothetically, you could just get it printed down the street.” The auction runs until 10 a.m. on August 24.