Are You Wealthy? 19 Ways to Define Wealth

Recently on the NewRetirement Facebook group, someone commented that they were shocked to be called wealthy. He did not recognize himself in the term. Though, after reflection, he came to believe that he is wealthy — just by a different definition than he had originally held. What is wealth? How do you define wealth? Do you think of yourself as wealthy? What does that mean to you? 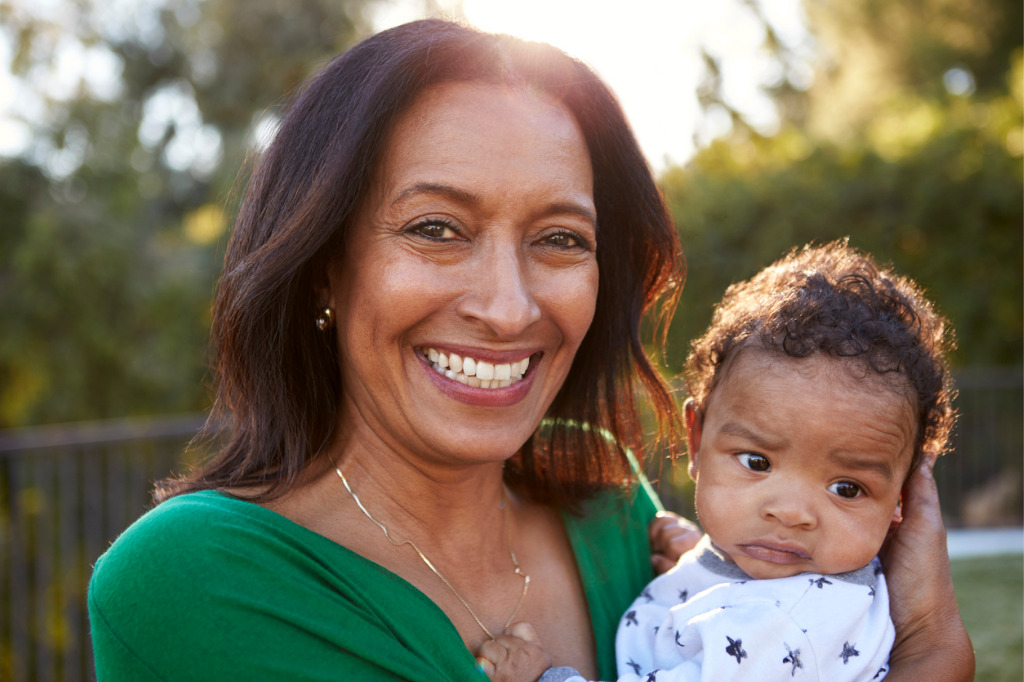 Thesaurus.com lists 53 synonyms for wealth including abundance, affluence, cash, property, prosperity, richness, and worth. However, they don’t begin to cover what wealth really means.

Below are 19 different ways of defining what it means to be wealthy.

The man caught off guard by being called wealthy, originally defined wealth by observed spending habits.

He said, “I never thought of myself that way [wealthy]. I grew up in a one bedroom apartment with parents and siblings, I never inherited money. My first job out of high school was as mail boy in a large corporation. I don’t fly first class or stay in luxury hotels. I don’t eat in the finest restaurants or buy wine that cots more than $15 a bottle. I don’t wear designer clothes. I refuse to pay $30 for cutting what little hair I have.”

At the  other end of the spectrum, Eric commented that he actually now feels wealthy because he is starting to spend money in a more flamboyant way. He said, “I am beginning to embrace the thought [that I am wealthy] and started to enjoy it. First time in my life I’m paying for business class to Europe and just the other day bought a 14lb leg of Spanish Serrano ham.”

Many people don’t think of themselves as wealthy because they worked hard for their own money. Inherited wealth is a way many people define “being wealthy.”

Wealth by this measure seems to mean an inherited lifestyle or mindset — a sense of abundance and entitlement – that you can only be born into.

However, in 2018, 64% of the richest Americans on the Forbes 400 list were self-made. And, according to to Wealth-X’s World Ultra Wealth report, 72% of the global ultra wealthy population made their own money instead of inheriting it.

Read more about average inheritance — how much are retirees leaving to heirs?.

Spending habits or how you get your money aside, the most traditional definition of wealth is actually net worth. Your net worth is the sum total of your assets minus your debts.

What’s your net worth? How will it evolve over time? Use the NewRetirement Planner to find out.

Wealth might not be an absolute concept or singular definition. Wealth can be relative to a variety of factors like those below:

How do you compare to peers?

For many people, especially Americans, wealth is a relative thing. Are you keeping up with the Jones’? How do you compare to your neighbors? The people you grew up with? Your siblings?

Where do you stack up compared to all households in the United States?

NOTE: The typical American household has a net worth of about $97,000.

How do you compare to averages for cash, savings, home equity and other balances?

How does your income compare to the cost of living where you live?

Wealth can also be a measure of the expenses where you live. Living in a California district with high performing public schools is a whole lot more expensive than being in a small village in Mexico. It takes more to be “wealthy” in California than in the Mexican village.

Robin commented, “Are we wealthy in our area of the United States, yes. Would it be the same if I was transplanted to Los Angeles, New York or Miami? Probably not.”

How does your wealth in the United States compare to wealth in countries around the world?

However, we rank 26th if measuring the median which is a mere $79,274. (The average is much higher because there is a relatively small percentage of people who have the vast majority of money. The median is the number where half the adults have wealth above the median and half below.)

The Perception of wealth is relative by age

5. Your Expenses Are Lower than Income

Many people on the NewRetirement Facebook group consider themselves wealthy if their income is higher than their expenses while being able to do what they want to do — which should include a plan for funding all retirement expenses.

Use the cash flow chart in the NewRetirement Planner to assess your expenses relative to income. Pay close attention to savings drawdowns to cover your costs.

There are 56.1 million millionaires worldwide. Millionaire can be a term synonymous with wealth.  However, if you have $1m, are retired and are living an expensive lifestyle, you might go from wealthy to poor in a relatively short period of time.

The Schwab survey found that overall, Americans say they need:

The big pot of money — thinking in terms of millions — is one way to define wealth.

However, planned income is another way.

Bob and his wife strategized to collect pensions to maximize income to achieve wealth in retirement. He said, “Our friends consider us ‘wealthy’ although they have no idea what we earn. They base their thoughts on the fact that I receive a military retirement pension after 20 years in the U.S. Navy. And, currently work for the Navy as a civilian and will receive another government pension when I retire from that job. My wife and I both contribute the max to our 401ks.”

Strategizing for retirement income is one of the smartest ways to plan retirement. Want to learn more? Try one of these articles:

Michelle said, “To me wealthy means I can afford to do what I want in retirement. I cover my essential needs. Have the freedom to do what I enjoy.”

9. No Stress or Worry

Perhaps the best way to determine if you are wealthy or not is to assess your stress and worry levels around money.

James said, “If you’re still paying attention or worrying about your assets you’re not wealthy.”

Although, lots of ostensibly wealthy people enjoy assessing their financial situation and that is okay too.

Best way to worry less? Create a comprehensive financial plan. The more detailed you make your plans, the less stress you will feel.

The NewRetirement Planner makes it easy. We are a personalized financial planning platform. Like a home gym for your money. We’ll you help you get organized, make better decisions and do better across savings, investments, Social Security, housing, debt, insurance, income, withdrawals, taxes and more. Design a plan to be wealthier, retire earlier, be more secure and achieve your goals.

10. Not Wanting – Having Enough

Many people believe that you are wealthy when you can afford to fund everything you could possibly want.

Tami said, “Yes. I believe I am wealthy. By the time I retire I will have enough to travel and help my children and grandchildren and even my niece and nephews. So, yes. I am wealthy beyond my wildest dreams.”

Jocelyn wrote, “I think the healthiest way to think about wealth is having enough. Do you have enough? Even that is a hard state of mind to find.”

11. Frugality: Able to NOT Spend

Some people who have big bucks in the bank, know that they are wealthy because of a mindset that prioritizes frugality.

This is the mindset popularized by Thomas Stanley and William Danko in The Millionaire Next Door.

Current net worth is the most common measure of wealth. However, your projected estate value at your longevity might be a much better measure.

David said, “My dad always used to say, ‘it does not matter where you start the race, it only matters where you finish.”

By this adage, wealth would be measured by your estate value at death. And, depending on your goals, you would be wealthy with anything between zero to millions left behind.

Did you know that you can use the NewRetirement Planner to calculate your estate value at longevity?

While some people love to work and don’t necessarily do it for the money, achieving an early retirement is a relatively new way to think about or measure wealth.

Jim was clearly gleeful when he wrote, “We work hard, live well below our means, and have zero debt. Retiring in January at barely 56.”

It wasn’t too long ago that the vast majority of people worked until within a few years of the end of their life. Retiring with 20, 30, 40 or more years of life left is the ultimate in wealth.

Financial security is another popular definition of wealth.

Security is not an absolute number, but is an approach to personal finance that prioritizes protecting your money from risk. If financial security is your measure, you are wealthy if you can guarantee adequate lifetime income to cover a broad range of future possibilities.

The NewRetirement Planner enables you to run infinite “what ifs” to help you find security with your finances.

Cynthia extolled, “Health is wealth. If you haven’t maintained your health no matter the $$$ saved or interest drawn… Well, you know the rest. Stop comparing your pennies and start looking at your vital signs.”

Erik added, “People don’t like to work on their health because it’s hard. What good is money if you are in poor health due to poor life choices.”

16. An Attitude of Gratitude

“My wife and I are working to change our life attitude to gratitude. We are in a good place and our problems are really, usually just annoyances,” said Jack.

They may be onto something. Research shows that gratitude increases as we age. Better yet, gratitude is proven to improve health, happiness and your finances too.

Time is finite. Money is not. By this measure, focusing on how much time you have is a far more important measure of wealth than anything financial.

James discovered this a bit late. He recounted, “So I am 65 and about 3 months into retirement. I now realize I could have gone at 55. Now I can’t spend it all [money] unless I get stupid, even with traveling and skiing all winter and living till 100. Health and aging well is all that matters now. Time is a precious commodity that no matter one’s assets is unavailable at any price. Use what time you have wisely.”

Are you saving too much for retirement? (It is more common than you might think.)

“If you are happy and content, you are wealthy,” said Julie.

One can argue — and many have — that everything we do in life is done because we think and hope it will lead to happiness.

19. Wealth is Having a Financial Plan You Are Happy With

Those with a plan also feel wealthier and maintain healthier money habits when it comes to saving and investing.

Do you have a written financial plan and is it up to date? NewRetirement makes it easy.

The post Are You Wealthy? 19 Ways to Define Wealth appeared first on NewRetirement.