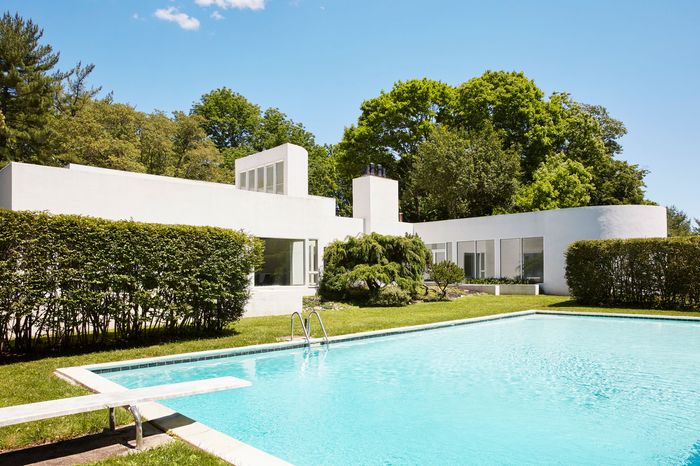 Listed by: Lisa Poggi/Douglas Elliman in collaboration with The Creatives Agent

In the early ’90s, after about a decade in a Carroll Gardens brownstone, Alex Vella, founder of an ad agency, and his wife, Ann Marie, decided to look for a new home for their growing family. They had spent a few years interviewing modernist architecture firms like Gwathmey Siegel, but starting from scratch, they soon realized, was going to be too much work. Luckily, they later stumbled upon a ready-made design of the same ilk just an hour outside the city: a 1966 glass and white stucco house designed by another New York Five architect, Richard Meier. They bought it for $650,000, packed up their belongings (per Vella, “Every modernist piece of furniture that you can imagine”), and stayed for the next 30 years.

The house, set atop a hill on five acres of New Jersey horse country, is one of Meier’s earliest private residences. Initially built as a summer home for the family of prominent New York liquor importer Harold Renfield, the roughly C-shaped home is expansive (7,370 square feet), relatively flat (except for an extra-tall chimney and a half-cylindrical tower that channels light down to the dining area), and uniformly wrapped in white stucco (the house won first prize in the Portland Cement Company’s contest for the best use of its product).

Inside, you won’t find the thin columns and beams and exposed staircases that tend to mark Meier’s later houses — instead, the place has a simpler, more organic feel. Sculptural curved walls gently separate living spaces. Much of the flooring is easy-to-maintain raw brick. Public areas are anchored by minimalist built-in furniture, like the extremely orthogonal white stucco built-in seating (surrounding a black fireplace with a skylight above) in the living room and a large round dining table with a lazy Susan embedded.

Recently, the Vellas realized that their two pools (one indoor, one outdoor) probably contain homages to the painter Frank Stella (who has a six-decade-long friendship with Meier; the two even shared a downtown studio early on). “If you look at the indoor pool, there’s a wall relief that’s a series of right-angle extrusions,” says Alex. “That’s what Frank Stella’s art looks like.”

Over the years, the couple kept everything on the property as they originally found it, only taking on maintenance work (like replacing the roof and resurfacing the pools). 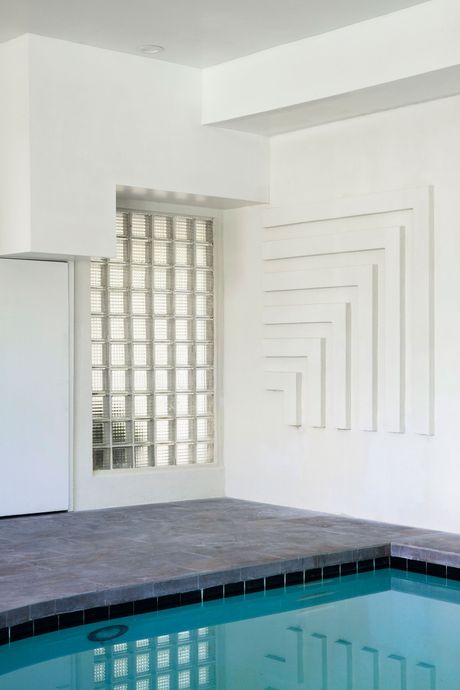 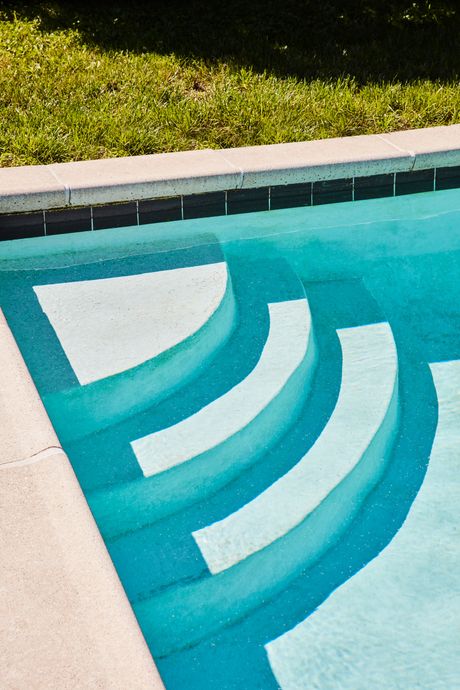 The past few years, the couple’s kids (one of whom is real-estate developer and Million Dollar Listing cast member Zach Vella) have been talking them into selling the house. The Vellas half-heartedly put it on the market in March 2019 and then again in May 2020, for $2.8 million. This time around, the price has dropped to $2.5 million. There are a few specific challenges in selling the property. For one, there’s the fact that Meier announced his retirement last month, three years after sexual-harassment allegations were made against him by five women, including four former employees. And then there’s just the inherent difficulty in finding the specific buyer that’s interested in purchasing a $2.5 million ultramodern, glass-walled house in a rural-feeling suburb, where the median list price is around $750,000 and the dominant styles are ranches and Colonials. “You wouldn’t question a mid-century modern in the Hollywood Hills,” says Alex. “But in Chester, we are quite an outlier.”