After Fears of a Pandemic Undercount, Census Numbers for NYC Are Way Up 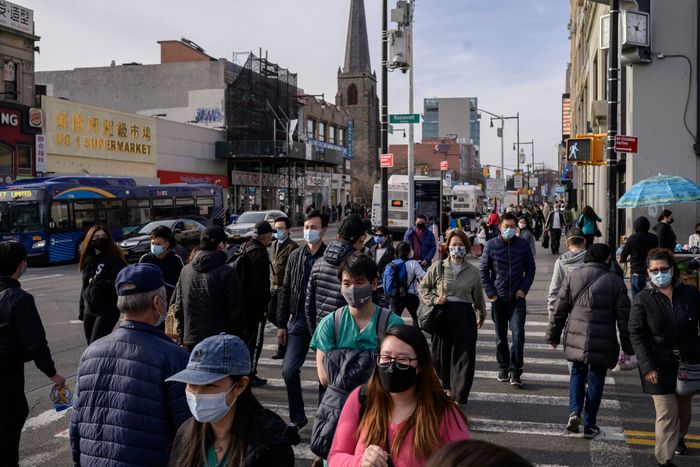 When the 2020 Census count began in New York last year, the pandemic had spurred an exodus, in-person outreach was limited, and the Trump administration crunched down the survey period by a month. Everyone expected an undercount, and officials were braced for a hit to the city’s finances and Congressional presence. In the end, perhaps the Census didn’t count everyone — we’ll never know for sure — but the New York City numbers were higher than expected, and by quite a lot. The population surged by more than 600,000 over the past decade, to a record high of 8.8 million people. And four of the city’s boroughs — Queens, Brooklyn, the Bronx, and Manhattan — were among the top ten counties in the U.S. with higher-than-estimated counts.

Queens topped that list. It’s up 7.8 percent from the 2010 count, and 8 percent higher than the 2020 estimates suggested, to 2,405,464 residents. Julie Kim, the Queens borough director for the Census, credited that to the de Blasio administration’s $40 million outreach push, particularly for traditionally undercounted communities including non–English speakers and the undocumented. Ads in ethnic media, partnering with community leaders, and having Census materials available in multiple languages were “crucial — not having that as an afterthought but really baking that in from the beginning,” said Kim. “The results speak for themselves.” The borough’s Asian population was where the biggest share of the growth took place — it’s up by 29 percent, to 706,000 — and the Hispanic population is up by 8.8 percent.

This time around, the city also uncovered 265,000 addresses that the Census Bureau did not have on file. Many of those were simply new buildings, but others were extant apartments, many of which are classified as “hard-to-find” because they are informal apartments in multifamily houses. Nearly 122,000 housing units were added to the Census that way, and all told, more than 500,000 people were counted in these newly listed homes.

The swell in numbers is expected to convert into broad political change through redistricting. This year New Yorkers will get a greater say in how a state commission defines their state and federal legislative districts. With a boost in numbers, the city’s Asian communities are organizing to build political power — such as in Little Manila in Queens, currently carved into three Assembly districts — to create districts that reflect them and their needs. “Currently, the Little Manila community is facing threats of displacement as a result of political and cultural invisibility locally,” according to a community group website, this “has split the community between three districts, hence diluting the community’s voice and power.”