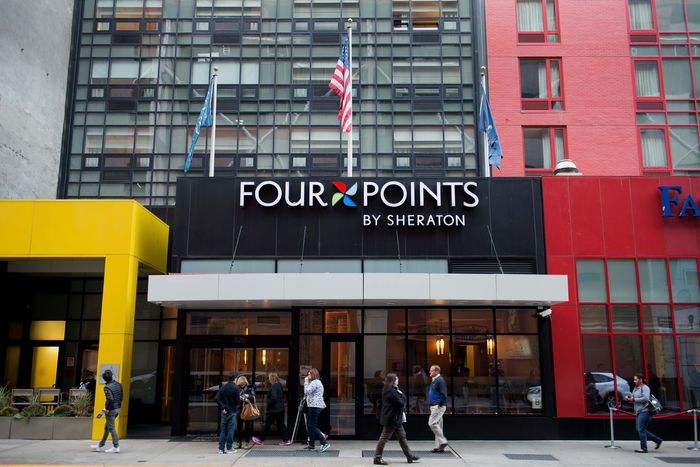 On Friday morning, dozens of unhoused New Yorkers holding trash bags full of their belongings boarded several school buses in front of the Four Points by Sheraton hotel in Midtown. After staying there for as long as 16 months, around 150 people were being moved back to shelters as the city program to place homeless New Yorkers in hotels during the pandemic draws to a close. But 25 residents locked themselves in their rooms and refused to leave. They said that between the highly contagious Delta variant and the fact that just 14 percent of homeless New Yorkers are vaccinated, it wasn’t safe to go back to congregate shelters. “They gave us ten minutes’ notice that we are being moved to a location that we don’t know,” said Anthony Campbell, a 51-year-old who has lived in the hotel since April last year and organized today’s action. “I got very severe asthma, and I don’t wanna be in a dorm setting with 30 homeless men that I don’t know.” 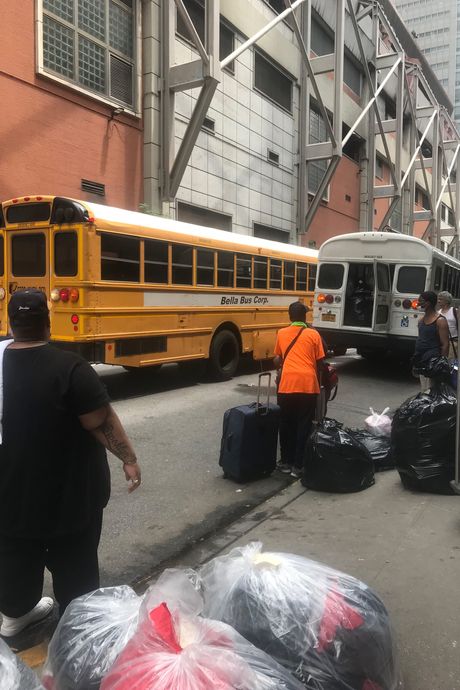 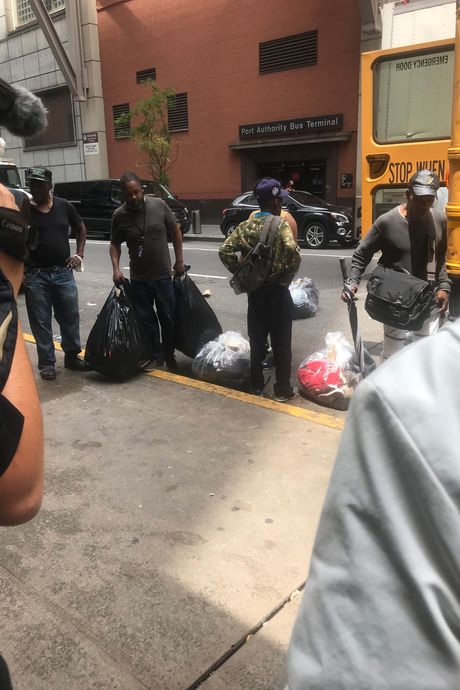 The lock-in is the latest in the homeless-in-hotels saga. Although both advocates and the hotel industry agree that the city is ending the program too early, hundreds of unhoused residents in hotels across the city began to be transferred back to homeless shelters this week. The moves had been going relatively smoothly, with the only real blip being an event held Monday as residents were moved out of the Lucerne, the Upper West Side hotel at the center of a public battle between NIMBY neighbors and residents who supported the people staying there. That day, neighbors and supporters held a press conference, and as residents boarded the buses, they stood by to say good-bye and hand out pamphlets about their rights in the shelter system. Then came today’s lock-in.

At the Four Points today around 3 p.m, Campbell remained in his room, with a chair back jammed beneath the handle to keep anyone from entering. He said tearfully over the phone that one of the hotel managers had told him, “After we give you this direct order, Campbell, if you don’t comply then we have to call the authorities.” Shortly after that call ended, Campbell left his room after a hotel manager assured him that he would be transferred to another hotel instead of a shelter. (It’s unclear whether that person works for the hotel itself or NAICA, the nonprofit that operated it as a shelter.) As of 5 p.m., others appear to have stayed locked in their rooms, and the NYPD is on the scene.